The consumer PC market recorded an overall shipment of 0.81 million units in Q2 2017, which is 22.7 percent lower compared to the same period last year and a 22.6 percent decline QoQ. “Outlook on discretionary spending remained optimistic; however, the channel partners remained cautious and planned for de-stocking due to the impact of the GST implementation, which led to lesser sell-in for Q2 2017 quarter,” says Manish Yadav , Associate Research Manager, Client Devices, IDC India.

The overall commercial PC market registered a shipment of 0.94 million units in Q2 2017. With the lack of fulfilment of special projects and slowness observed in government spending, the commercial PC market declined by 13.4 percent YoY and 15.3 percent QoQ in Q2 2017. “GST implementation has impacted the business in India even as the effect of demonetisation has subsided. Further, concerns related to new demand and new investment also turns as binding constraint on business sentiment,” adds Yadav. 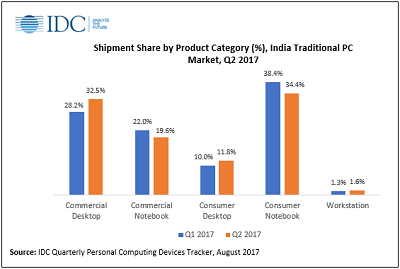 HP Inc. continue to lead the overall India traditional PC market with 33.8 percent share in Q2 2017. HP Inc. recorded the highest overall consumer market share in the last 10 quarters with 35.4 percent in Q2 2017. This is a 6.5 percentage growth compared to the first quarter of 2017. HP Inc.’s strong channel engagement and complete package offering of hardware, software and services for successful GST implementation made HPI as one of the preferred brands in India.

Dell remained second with 17.7 percent market share in the overall India traditional PC market in Q2 2017. Dell was also impacted by GST implementation and hence took an opportunity to liquidate their excess inventory in traditional IT channels. However, with slower demand than expected in the latter half of the first quarter, Dell took a cautious call of stock reversal and postponed their sell-in until the third quarter of 2017. Owing to this, the vendor observed a decline of 57.8 percent quarter on quarter in Q2 2017 in terms of unit shipment.

Lenovo held on to the third spot, with a 16.9 percent market share in the overall India traditional PC market in Q2 2017. However, the vendor was ranked as the number 2 brand in the overall consumer segment with a market share of 17.4 percent in Q2 2017. Lenovo’s market share in the consumer segment grew by 1.3 percentage point QoQ in Q2 2017, owing to increased shipments in the latter part of the quarter.  With Lenovo’s focus on enhancing device security and performance, it will look to thrive in the commercial segment moving ahead. 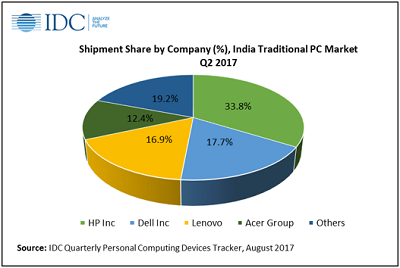 The India traditional PC market is looking to recover in due course of time post GST implementation. Seasonality aided by increase in consumer spending along with fulfilment of ELCOT and other state owned education projects are anticipated to drive growth for the India traditional PC market. “Demand for PCs would be fuelled by small business buying as this segment of business users would look to comply with GST norms which came in effect from July 1st 2017,” adds Yadav. 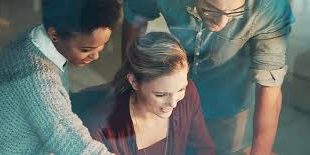 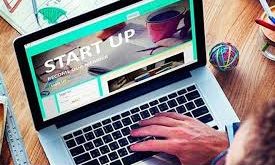 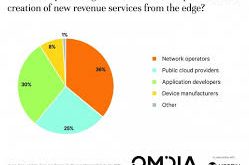 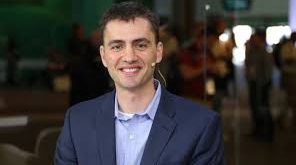